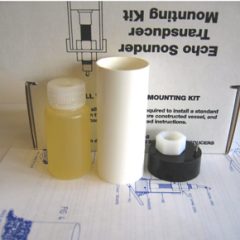 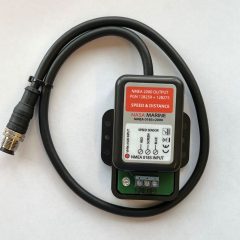 The product consists of a translator box which inputs the NMEA 0183 speed log data sentences VHW + VLW.  It translates the 0183 data into NMEA 2000 compliant speed and distance data for connection via a ‘micro-c’ connector directly into an existing NMEA 2000 network. 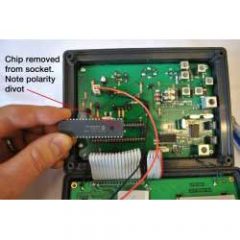 This ‘do it yourself’ install chip will enhance your AIS Radar by adding the latest SART function. If a SART (search and rescue transponder) transmission is received the AIS Radar will sound an alarm in the SOS tone. The zoom range is also enhanced by zooming right down to 0.125 nautical miles for easier location of the SART beacon/MOB. Additionally a course over ground pointer can be activated by the user which appears if your vessel is moving at 2 knots or more, this greatly simplifies the interpretation of targets on the screen relative to your own boats heading. 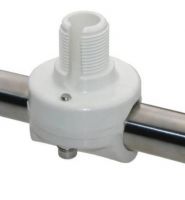 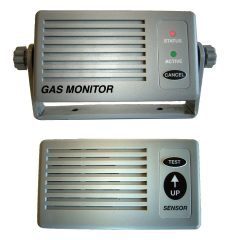 Liquified petroleum gas (LPG) is an invaluable source of energy on many sailing vessels. It should, however, be used with great care. In its gaseous form it is heavier than air and will always collect at the lowest level in a vessel. Any leak of gas, any spillage of liquid could sink to the bilge and, unable to escape, build up to explosive proportions.

The NASA Marine gas detector system warns if the level of LPG rises above 10% of the lowest explosive limit (LEL) giving adequate warning of the need to ventilate the area before a dangerous situation occurs. The system consists of a cabin mounted monitor and a remote sensor. The monitor gives visual and audible warning if gas levels at the sensor rise above 10% LEL and will warn of fault conditions such as damaged cables etc.
The splash proof sensor is supplied with a 5 metre cable and has a test button to check the system right through to the gas sense element. The sense element is user replaceable in the event of contamination.  Supplied with power cable. 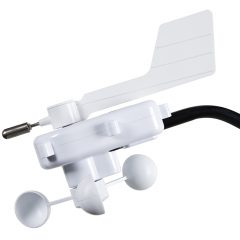 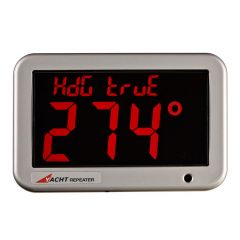 A large display, mast mounted, multifunction repeater is now being produced at our factory. The weatherproof repeater with its 60mm high numerals, is supplied complete with cables, data-box with six NMEA-0183 inputs ( With up to six sentences per input.), wireless remote control, stainless steel mounting brackets and weather cover. There are nine levels of red back lighting which permit easy night viewing of red characters on a black background. The overall case size is 211mm wide x 140mm high.

Currently programmed in are the screens shown below though we do welcome customer feedback as we will add to this list by popular demand. 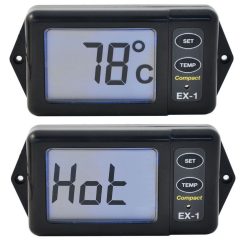